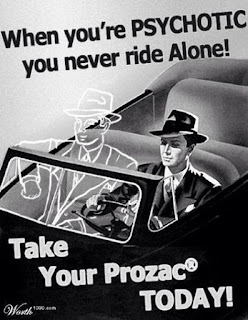 I have really bad computer karma. Really bad. And it may have an explanation (later for that).

But I just wanted to do a teeny little post to say I seem to have a working system which will allow me to work. I have said that at least three times in the past three months. And I have been wrong.

So I will try to assemble the scraps from three semi-working computer systems into Segment: Sho-Caudal #12. And then send them out.

If the system stays up.

We think we may know why I have so much problem with my computer systems. And it hasn't mattered which computer system it has been. It has been an iMac, which I really was quite comfortable using - despite Apple marketing and legal shenanigans. Then a Windows 10 box which may have been damaged in shipping and was returned. Then a MacMini which I used for about 18 months with Apple degenerating further. Then a Linux Ubuntu Studio, followed by a Windows 10 laptop.

All of them have suddenly zapped. And we think it may be ... (drum roll) ... the wiring in my mobile home. We were in the process of moving my whole room around, putting my computer (or hopefully computer-to-be) station across the room and onto a different power circuit. While plugging in the nifty surge protector and battery backup box, before anything was plugged in, my friend plugging the box into the wall got a surprise. A shock. And cry out loud and take hit point wounds.

So... that might explain why I have been having problems other people don't have.* And makes me wonder what can be done to prevent it from happening again. And the easy answer is "move."

I don't wanna move. I'm ensconced. I have lived here for 13 years - the longest I have ever lived anywhere. And then there is the question of where else I could live - or afford to live.

But in the short-term I will try to complete the bits of SSC #12. And mail them out.