A couple of medical things are taking up time. I'm working on the next SEGMENT: SHO-CAUDAL, but not as fast as I'd like. May make the 6th, may not ... we shall see. 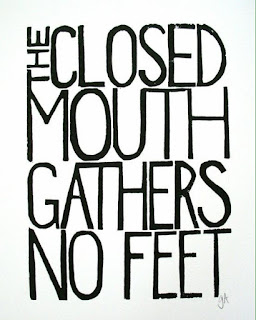 
I wanted to do a thing called THE RED GATE for SHOLARI v2n2, but since that looks like it will not be likely to happen I pulled together the notes into a draft that may be ready to go for SSC #9. It will fill the issue, but I will probably add a few pages to it.

A couple of my old players may remember opening the Red Gate more than 20 years ago. It's about time, I guess.

The political fight between the different Thriddle factions is part of it, which has been common in most of my Jorune projects for many years. This issue offers part of the greater module and adds more about the Colonials from an automated supply base in an unexpected location and previously unknown Earth-tec.

It will pull together:


And to that I will add:

I have asked a couple of people for feedback. They may give it, they may not. But the plan is for it to go into SSC #9. I might have to draw a cover. Bleh. I don't like my art - Jorune deserves better. But can't seem to get an artist to draw this thing I have in my head.

That issue will have a new look on the inside.  Just warning you.

SSC #10 looks like it will have the Reco issue I've been wanting to do for a while, which will tie into the Breathers in the Red Gate construct.

And I have some idea on #11 - at the very least. The will probably get fatter, but we are nearing the end.

And who knows where all of this may lead.

I just had a horrible thought. I may have contents in the various issues wrong. I need to go read them, but I have a class to teach in 10 hours and need sleep first. Priorities - sleep, class, Jorune. but Jorune is still in the top three.

SEGMENT: SHO-CAUDAL #8 and a Blunder

Number Eight went out last night, and I offended at least one reader in the email. And there is a guideline in publishing that if one person writes, they represent 19 other people who didn't. And since there are only 20 people on the list ...

The writer made a very key point, that this is a fringe product for a small population and 35 years later. I bristled - 35 - I've only been involved since 1992, but there are people who have been involved longer than me and - he is right.

I got that right after checking my blood sugar this morning - and it was 60. It is supposed to be between 80-120, but it wasn't. Not an excuse, just a reality.

So I'm thinking what I can do to repair that offense.

In the meantime, SSC #8 with the Sharden memoir and the first part of an "Other Artists of Jorune." #9 is moving along as are #10 and #11.  The new cover looks good and next issue the interior will change. Again.

And the work with SSC is leading to reviving a product I was willing to let go. We shall see.

I try. I really do. And sometimes I'm offensive. I'm like that in life. I may not be the only one, but I'm the only one in this skin. And that skin gets thin sometimes.