I have been a victim of Earth-tec rampantly out of control because of the greed of the lab Iscins of Apple tech, who have decided that convenience or functionality for the consumer is second to the lupine idea of management. Wolf management - piss on it so it smells like you and you like it better. Kind of like Julie Schwartz putting a yellow circle around the emblem on Batman's chest to mark his time on that landmark title. Peeing on things to make them yours. Driving others away, like Mac has driven me away.

After being a loyal Macintosh user since 1985, I have left the platform because - I only use a computer to do my work. Writing, pre-press layout, correspondence. I don't use it to show off to friends, to be fashionable, to ensure the corporate quarterly report.

My Mac became a major problem with the release of Mojave (10.14). The spinning beachball of death dominated my day. Hours - literally hours - on the phone with Apple tech support resulted in such magnificent comments as "It shouldn't be doing that," or "I've never seen that happen before." Followed by "You should buy a new Mac. That's the problem. The operating system is designed to work on the new hardware.

Then why do you force the upgrade to the new system on an old machine?

In the 1950s people became outraged at the idea of "planned obsolescence" in automobiles. Why make the same solid car that ran for 20 years? People should have to buy a new car every three years - and if they were buying a new car every three years, why make cars that will last for four years? It carried over into household appliances and began to lower the quality of American made products across the board. We began to depend on overseas for our products - Japan (now other countries) for cheap crap that would die in a couple of years, Europe for high-priced, longer-lasting products (I'm thinking specifically of German electronics for audio products).

America's industrial capability declined, the world looked elsewhere and we whined because it was somehow our right to retain the customers we were no longer serving.

With the rise of the microcomputer industries - they went from the size of a building to smaller than the size of a wrist-watch. (We can make them even smaller, but then they are too easy to lose, and they are already easy to lose.)

I got involved with home computers with the Radio Shack TRS 80 Model 1, followed by two CPM computers I really liked - Kaypro // and Kaypro 10 (with a 10-megabyte internal hard disk - who would ever fill up ten whole megs!). I went to a demonstration for the IBM Spellbinder system and was looking at getting the buggy version of PageMaker when circumstances caused me to borrow a friend's little 512KE Macintosh (the Fat Mac) to get some documents ready for a conference (with very short notice). My Kaypro had died and I needed to get things done NOW! 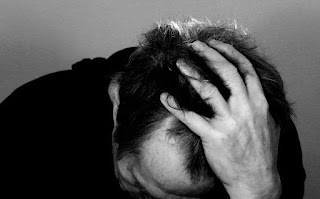 It took him 10 minutes to teach me how to use the Mac, and maybe 5 minutes to show me how to use the page layout program (Ready, Set, Go! version 1). And then I spent two hours getting all of my emergency documents ready to go to the photocopier. I immediately made an arrangement to rent some time on his machine while I made a deal to get my first Mac. A guy had been after me to write a screenplay for a dubious project, so I told him "Buy me a Mac and I do the first draft of your script and one additional draft for changes.) He was getting a sweetheart deal, I got my hands on a Mac of my own - Summer of 1985.

I've been on Macs ever since. When I moved to Berkeley (1989) I stumbled into the BMUG and got more life-changing connections with some of the most incredible people I've known in my life. Apple had a few people who got NDA's (Non-Disclosure Agreements) to preview hardware and software for beta testing and regular presentations by members to present cool things they were working. My first exposure to MP3 music files was in a BMUG presentation, my first ride in an electric sedan was in a BMUG presentation. My first exposure to the Internet was through Ben Adoba, pushing a new browser called Netscape, intended to replace the text-based computer navigator called Lynx (Ideal for an old CPM user). I did a Rosetta Stone review for the newsletter, and other articles - and the newsletter was some little 16 or 24 page set of notes. They were 200-page VOLUMES of cool information on Macs, Software, Hardware, and computer-related topics. I did some substitute teaching for BMUG instructors who couldn't make a session - my favorite was the introduction to computers for computer-phobes.

Mac Mac Mac. The job I miss the most was with GBN (gbn.com) where I go to work as support for globe-trotting political scenario planners and such forward thinkers as Peter Schwartz, Peter Gabriel, Stewart Brand, Newt Gingrich, and projects like The Long Now. I was the Macintosh network support guy, plus audio-visual geek in residence for a weekly live presentation (which introduced me to my historian idol - J. S. Holliday). 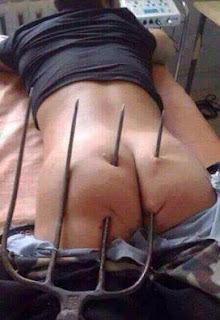 After decades of reliability, flexibility, and functionality, my Mac began getting lost in registrations and authorization. The spinning beach ball of death was taking from 15 to 45-sections to respond to a single keystroke or mouse-click when starting working from a window. Freezing. Rebooting unexpectedly and losing my documents. Backups backed up the defects. The restoring system didn't work. Erasing the disk and installed fresh didn't work. Adobe and Apple constantly pissed on each other to see who was more important (lupine management) and I couldn't get my work done. I lost my work constantly.

That's where frustration drove me to end the Jorune commitment to SEGMENT: SHO-CAUDAL after issue 13. The remainings can actually get done on my new system, but I am so far behind on everything I can't commit to when those will appear.

And I love what happened with SSC. A bit of CPR for a dying love. But I have to move on. 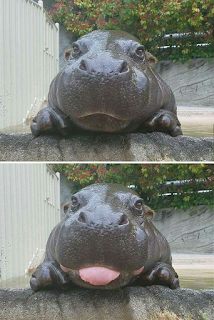 From Jorune. From Mac. Thanks to a friend who has turned into a major cheerleader for me, I have a fresh box - an old HP  box in which a new 4-Core processor has been installed, a 400Gig SSD, 6 USB 3 ports and four USB 2 ports. Bluetooth and wireless. Three open PCIe slots for upgrades to come, and Ubuntu Studio 19.10, with all the programs that operating system includes. For free.

I'm writing on it now.

The keyboard is crappy, so I need to replace that. I am losing time while I learn how to tame the new monster through the command line. I'm setting up a working system and the speed is fabulous. I tell it to do something, it does it. Fast. The 4-Core and SSD are a dream.

And, as you can tell, even with the crappy keyboard I can write again.

I'm getting a few things done. Satisfying. My box is obedient and does not prevent me getting work done. I might be able to meet deadlines after I've reached the happy side of the learning curve.

So - after being almost silent for six months, I hope people are encouraged with the chance of me finishing some Jorune projects in the next few months - THE COLLECTED DANSTEAD TRAVELLER, THE COLLECTED BORKELBY'S FOLLY, GOMO GUIDE: TAN IRICID, and THE CHILDREN OF BOMOVERIS. ORFA is back on track, but I will have to do a dual boot Windows 10 to access the Adobe CC suite to use the programming features of Acrobat for the ORFA character sheet (and to get the dozens of fully generated NPCs together for the ORFA Jorune package. But that is forthcoming.

In my ongoing juggle, I am also back at work on LIGHT, the most political of my science fiction stories. There are other books in the offing - non-fiction for Propaganda (protection against), making your first kitchen homey, and how to GTFU. And I have fresh editions of my other books - RECOVERY READER, CLIMBING THE SPIRAL MOUNTAIN, SONG OF ORPHANS, THE TASTE OF FIRE, and others... all progressing.

It may not be at the speed I hoped to attain, but the progress, however glacial, is still progress.
at January 11, 2020 1 comment:

After almost two years of problems with Apple - both Mojave (10.14) and Catalina (10.15) - I have migrated to Linux to get things done. It means I will have to spend time learning how to learn the new software after 35 years using Mac. I'm and old dog and learning new tricks takes some time.

But that is primarily with them document layout with Scribus. The shift from Pages to LibreOffice is not all that dynamic. From Photoshop to Kritta may take a bit. But I'm doing all that now.

And I can get back into Jorune and my other projects.