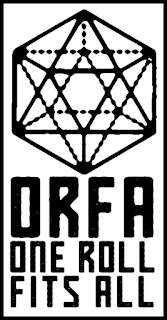 So then there is the project to follow... Approaching the finish line. Only one other runner has started the race, but I'm waiting for permission to talk about that.
at July 28, 2018 No comments:

I sent out a mayday to the active Jorune subscribers. I have domain name registration and hosting coming up and it just was too much in addition to my flurry of medical events, two surgeries in 60 days, a plumbing emergency (are those ever expected0 and getting spanked for taxes, registration and late fees for my car. And my roommate is going to be leaving, which is another financial hit - but necessary.

Not only was I able to raise the direct Jorune costs coming at the end of the month, but will also be able to reinstate another medical appointment I had needed to cancel.

So... a bit cowed but very grateful. You folks came through when I needed it the most. Thanks.

Meanwhile, working on SSC #12 and beyond. Public details shortly.

I just had a week of nightmares related to my computer system. I don't think the MacMini is designed to do as much as I do and the overheating problem may be the cause. I completely reformatted the resident disk as three partitions - MacOS, Ubuntu Studio, and a Swap disk. I'm learning the Ubuntu but the main work still has to be done through MacOS. So, there's that.

In this nightmare files have vanished - the catalog does not record them - in BOTH operating systems. As a result if have written and three times what it takes to do the next issue of SEGMENT: SHO-CADAUL (#12) and the files has vanished in this nightmare. More than once.

I've been getting it re-re-rewritten and have become a total paranoid about saving and backing up. Slow, but it is progressing.

The next SSC has evolved. Why did people come to Jorune? Why did they leave Earth? This has become an issue of participatory votes on the way the 80 sites on Jorune will be structured - socially. the issue will be the winning models, plus warnings from religious leaders on Earth (to go to Jorune is deserting the home God made for man). AND the application to become a colonist. AND the bash to allow a near future sci-fi game to get to the temporally appropriate Jorune. AND the ORFA: JORUNE to get it off my To Do list. #12, like #11, will be a hefty issue.

I also have a plan for the wrap up of my Jorune. #13 and #14 of SSC have been discussed. COLLECTED DANSTEAD TRAVELLER - cover art will be by an actual artist, not by me, and that has moved into an agreement for the cover. GOMO GUIDE; TAN IRICID, print and pdf. COLLECTED BORKELBY'S FOLLY, now in final edit. And... we're done. And this last three will be print through DRIVETHRURPG.COM.

In the past I offered an "advance" support option, and this month I have to cover the domain and hosting agreement for the hosting service - and that's out of my budget. So, I will offer that again.

Many years ago a group of Jorunis offered support in the form of a $10-for-the-next-three-in-PDF. And they did get the next three. One of those has remained a very staunch supporter. My current project with GOMO GUIDE: THONEPORT, SHOLARI v2n1 and the SEGMENT; SHO-CAUDAL subscription should serve as a track record that I do produce. And there has been progress in quality - and I hope in concept.

I am going to ask $25 as the advance for the PDFs on the five projects shown above. I'll ask for feedback and will set up the link to do that. I'll also offer the previous issues of SSC as a block to people late to the party.

My email addresses will be separated for each level of current subscribers - who ends with 12, who end at 13. The nest issue of SSC will be sent out according to those distinctions. You will be given the opportunity to determine if you want to get the last two issues.

But, right now SSC #12 has focus, The Colonial Ballot, Application for Emigres, Jorune Bash, and ORFA: JORUNE. I promise 12-issues with. minimum of 16 pages per issue, and will. meet the issue promise, and have far exceeded the page promise.

Oh, one last thought: I may gather the SEGEMENT: SHO-CAUDAL into a single volume, re-edited to get the crap that go through, for print. You will, as a subscriber, get the collected PDF. Print - I can't cover the processing onto paper from here. I'm thinking of combining all my zines in that volume - Sholari Magazine, Annals of the Tansoor Historical Society, and Segments: Sho-Cadaul. It would be a thick little volume. But this will require an editor to clean up the mess. My current subscribers will get that collection free as a PDF. The print version will be on drivethruRPG.com.

I'm not saying I will never do anything Jorune again. I still love the world. But it is not the only world. I have to refocus my energies into something that goes somewhere after 25 years of trying.

You can't say I haven't tried.