This was posted to my More Damn Joe Stuff blog, where is where I do most of my online pronouncements these days. Thiought it might find a reception crew here, too. 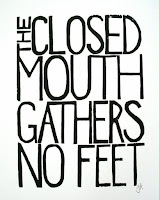 I've been having obsessive thoughts of late. The are about winding down my Jorune involvement within a very narrow range of final products.

But there is a possible defect in my brain that is part Boston Terrior that will not let go of a slipper it has bitten until the last tatter is gone.

The "Collected" series, including the Cofllected Danstead Traveller (ready to go except for a cover), Collected Borkelby's Folly (about 80% there, but not even in layout yet), the Collected Sho Copra Joe (all of my work from the various zines), and I'm still trying to get permission to do the Collected Sholari James. Maybe when he sees how the other Collected antholgoies come out, he'll relent or, better, collaborate with me.

There there is the ORFA:Jorune conversion, which will include a Sholari's source book to move players to our shared world.

Children of Bomoveris, the campaign I ran for many years in the SF Bay Area, is the other big farewell -- going out with a bang.Gloriously, I hope.

But my Jorunish thoughts will not stop. And i have decided to channel them into ORFA: Jorune. ORFA itself will be an open-source system allowed four stats and a fifth game-specific "special effect." ORFA: Jorune has has the most development with Isho as a special effect. ORFA: Pulp is the channel that I've spent the most time developing and it will have several volumes - Heroes for Hard Times, The Hangchow Flight, Three Suitcases, The World Congress of Justice, and a fun thing involving a detective agency in Hollywood (1937 Hollywood) where all of the members of the agency "graduated" from a mail order detective school. Advertised in the back of pulp magazines. Just for fun.

One of the things I can finally get back to is the roster of NPCs for ORFA: Jorune, which will take on a very old project structure called "What the (blank) Knows. The blank might include a city, or  race, or a culture, or an occupation. What the Trarch Know, What the Tauther Know, What the Vologiri Know, What the Klade Members Know, etc. Things like that. Each one would have 2-4 pages of group knowledge, plus a couple of NPCs for that area in ORFA to illustrate game play for the different races, cultures, and occupations.

Joruni's will be sure to think that is awful. Particularly since the fully generated NPCs will be from the previous publications - All of the characters from the Slam Desti, Scars of Far Temauntro, and Somar cycle;

So I get to be involved in my Jorune addiciton without changing the last few restrictions on my involvement. Maybe 18 months to complete instead of the original six month projection.

For the pulp grouping they will be released as The 10-Cent Crew for different groupings and priced as to what the 10-cents of 1937 is worth now (about $1.78 the last time I looked). The price of a pulp in the day will get those who are interested in the characters from that era - now. The crews will include a good variety of nations, groups and associated individuals from my whole ORFA: Pulp scenarios. The Hollywood Crew, the Hangchow Crew, The Weapon X Crew, The Radio City Crew, etc. Dreadful.

I'm thinking of a few other ORFA styles - hard core science fiction, expanded Children of Lost Earth (with Jorune as Colony One - I know of two more lost colonies, so far), a calcolithic pre-bronze age setting from the Indus River Valley, and more. Each would have a free ORFA core book and the settings-du-jour. Nothing huge, no big campaign books, referrals out to other books (from other publishers who will probably not object to being the target of new sales), and my usual scads of free downloads for those so inclined.

My Patreon supporters will have free access to all of it, but"Civilians" will have access to the core rule books for free, but all the color and flavors they will hve to pay. Possibly through their noses.
_______________

All of this is just one of my six creative channels - fiction, non-fiction, RPG, 12-Step, media, and promotion.