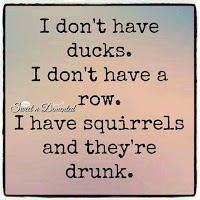 The mid-20th Century saw a revolution in communications with a small circulation, a very personal form of expression called "the fanzine." The fan-generated magazine with between 20 and 1,000 copies. A second wave brought APA - Amateur Press Association where individuals produced their micro-zines (usually 4-16 pages), which they reproduced with Mimeograph, ditto, xerox, multi-lith, and/or photo-offset printing.

It occurred to me that we could do the same thing where someone produces their own document, exported it to PDF format, and send that to a central mailer, who either emailed or set up a download link the collection of everyone's personal PDF (say, from 4 to 10 pages) into an "issue." Make this APA stand for Amateur PDF Association.

People contributing zines get them at a ration of 2:3 - two actives personal zines for every three issues (so you could miss an issue when necessary). Non-contributors could "subscriber" for $10 a year and get the zines, just for the fun of it.

The nebula of individual writers, artists, and editors who create and develop worlds for RPG seem a likely community to benefit from such a thing. My own work on Jorune is the kind of creation and development I'm talking about. PDF gives a lot of flexibility to include forms programming, links to media or downloads, and similar options. I have guidelines to protect your intellectual properties with copyright, Creative Commons, and public domain statements.

I'm thinking NEW WORLD BUILDERS NEWS, but also think the group mind could come up with a better, more appropriate title, descriptive of itself. Something that ends with an L, like APA-L.

I have an Issue #0 put together as an example of a basic personal zine. Send me a private email (not a group posting) and I'll share that with you.

It would be nice to have five or six people committed to a zine in April to see if we can get a group conversation going new ideas, products, games, or personal ruminations (love that cud). Two to ten pages, maybe? By April 15. You choose how complex your zine will be, content (within some handy guidelines), and appearance.